The INSIDE initiative is driven by the following key research goals:

Broadly speaking, INSIDE explores the benefits that the interaction with a heterogeneous network of intelligent devices can bring to the therapy of children with Autism Spectrum Disorder (ASD).

In INSIDE we also investigate both novel hardware (such as biometric sensors) and processing algorithms (for example, for natural language-based interaction) that enable the system as a whole to infer the user’s behavior and goals and act upon these, facilitating a natural and cooperative interaction between the system and the human users in the context of joint human-robot cooperative tasks.

INSIDE is organized around 6 tasks: 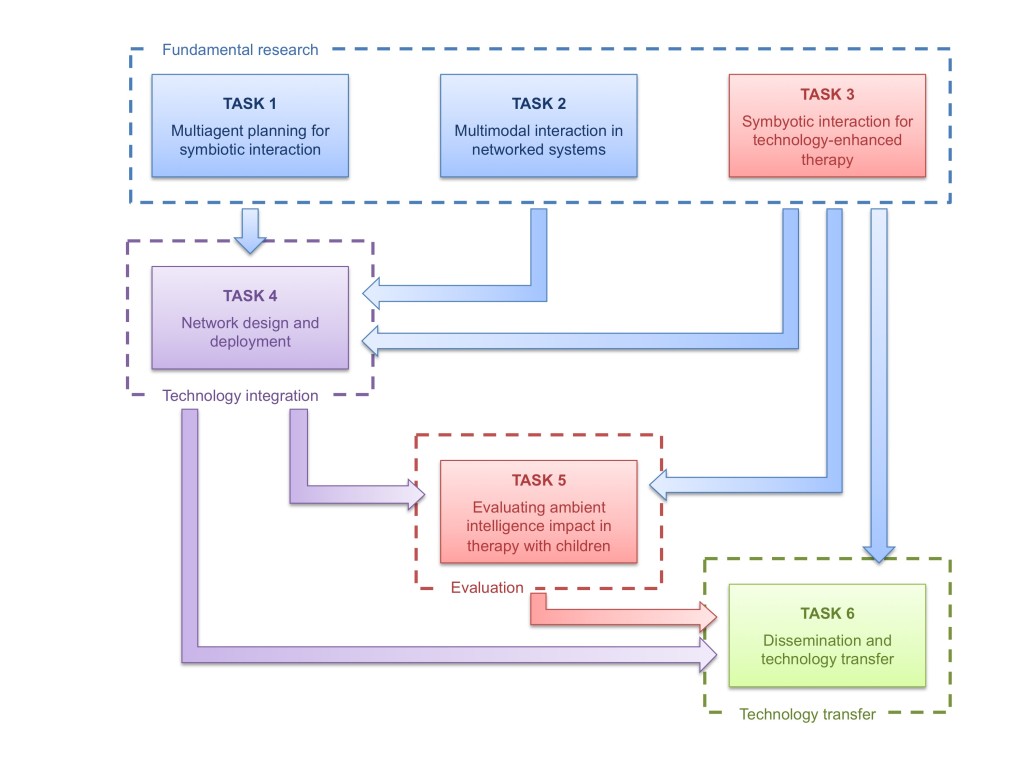